Making of this article

—————————-
In a brief senseless moment I mentioned that I would like to write something for GHZ sometime. What was a joke initially became serious and I found myself with a couple of articles on S.Mohinder sahab. Just like every GHZ episode, I felt not an iota of interest and avoided it for weeks.

I hadn’t heard a single song except “Guzra hua zamana” and didn’t relate to his music at all. Soon the approaching deadline started feeling like the school annual exams…perish or pass I told myself … I felt thoroughly incompetent, knowing I couldn’t add any knowledgeable insights on someone I clearly knew nothing about. Did I mention one of the articles was in Hindi which felt like Russian in every sentence? I imagined myself sending apology letters to Aditya & Archana and deactivating my FB account …till a brilliant plan came to me.

I would just be myself as on every GHZ episode, bored , apprehensive and wondering how I’d survive this theme….I would listen to his songs and simply walk you through his movies “oohing and aahing” at the lovelies with much help from Pankaj Rag & Harjap Singh Aujla saahib… END_OF_DOCUMENT_TOKEN_TO_BE_REPLACED

Posted by somecreativevoices on November 6, 2014 in Articles

This article was written as part of the ‘Guzra Hua Zamana’ series on Sangeet Ke Sitare, a music group on Facebook.

A pre-pubescent boy plays the violin, while a man cries his heart out on stage singing ‘ae dil mujhe rone de’… The same boy narrates a tale of ill-fated lovers as he plays a harmonium hanging around his neck and lip-syncs to the voice of his real-life sibling – ‘do dilon ko ye duniya milne hi nahin deti’…

This boy, in a peculiar way, symbolizes two brothers who made their debut in this very film ‘Chaand’ (1944). One, an expert violinist and an accomplished classical singer, while the other, a talented harmonium player. We’re talking about the first popular music composer duo of the Hindi film industry – Husnlal-Bhagatram. Brothers of composer Pt. Amarnath, END_OF_DOCUMENT_TOKEN_TO_BE_REPLACED

Posted by somecreativevoices on October 17, 2014 in Uncategorized

The beginning of twentieth century saw the best of classical music. Be it a “Baithak” or “Natya Sangeet” or the “Royal courts”. Our culture was however saddled by Victorian prudence and principles. So much so that once a permissive society, the females were relegated to secondary or tertiary position. With the women dressed to toe, it was considered vulgar and a downright sin to show the even the ankles. Theatre was perhaps the only entertainment for the public that too for the high collared and the rich. Women “part” (स्त्री पार्ट या सिर्फ “पार्ट” नाटक की भाषा मे)” in a musical or a play used to be played by a male actor. This was when the Cinema was born, quickly followed by talkies. Suddenly the “entertainment of the theatre”, which was the purview of select few, saw the “entertainment” becoming available to general public. The fantasy knew no limits. And then playback singing made an appearance. It was precisely at this time that Zohrabai Ambalewali made her debut along with Amirbai Karnataki, Raj Kumari, Shamshad and so on. All of them at their best could compete for top position. They were famously known as “the first generation playback singers”.

Zohrabai hailed from Ambala, then in undivided Punjab, and now an air force station in Haryana. She did get some formal training from various classical singers in the early part of her life. Coming from an orthodox Muslim family the going was not easy. It was her grandfather who helped early on. Her first song was for a recording company at the tender age of 13 somewhere in early thirties. She recorded several non-film songs during that time. The semi-sharp unrestrained voice with nasal twang was then trained by her husband Faqir Muhamed, a well known Tabla player of that era. It was discovered and put to excellent use by the Master Composers of that generation like Anil Biswas, Pandit Gobindram, Rafique Ghaznavi, Vasant Desai, to name a few.

Her first film song was in “Daku ki Ladki” (1933), for the composer Pransukh Nayak. Honestly I could not find any link to that song. Her song for a mythological movie “Shakuntala” (1943) where she sang for Vasant Desai gets a mention here, because I could find a link. The song is “मन की नैया लगी किनारे” (http://youtu.be/7mg8ezjA8DY). Her qawwali from Zeenat (1945, Meer Saheb & Hafiz Khan), “आहें न भरीं, शिकवे न किये”, is believed to be the first all-female qawwali in Hindi films. It was however Naushad who gets the credit of getting the best out of her and making her a top ranking singer. It was with Naushad’s “Rattan” (1944) and the evergreen “अखियाँ मिला के जिया भरमा के” that Zohrabai became a force to reckon with in the world of playback singing in Hindi films. For the remaining part of the 1940s, Zohrabai established herself firmly in the industry and worked with almost all major composers of that period. She sang the maximum number of songs for Pandit Gobindram, Naushad, Vasant Desai, Bulo C. Rani and Husnlal Bhagatram.

During her career, Zohrabai sang for the following composers. There might be some omissions. How many song for which composers is only of statistical value. 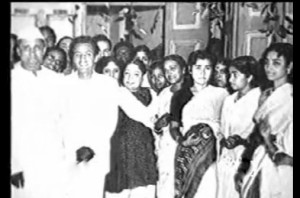 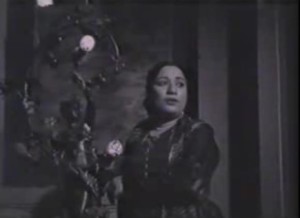 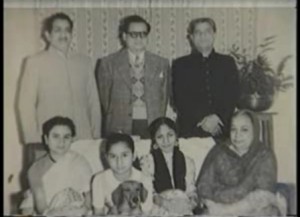 My flirting with Zohrabai is recent. But then how does one write about a person whom one has never seen? Only audio!! How does one relate to a person whose memories were rekindled with the advent of YouTube? I heard some of her songs for the first time on 78 rpm record at my grandparents’ place. In those days of transition to faster life, it was not easy to listen to them at leisure. The name was almost forgotten during the interim period. With no visual impression the audio did solve that problem.

With advent of YouTube and Internet music about five years back I heard these voices again. It was intermittent and sporadic. Quite a few of these persons I had a chance to see. With Zohrabai Amabalewali no chance. I didn’t even know what she looked like. But her voice is tantalizing when she sings “नैनो मे नैना मत डारो ओ जी बलम” (http://youtu.be/jMxvV1YjsnI) in the 1944 film “Jeevan” (Naushad). “मोटार होले होले हांक डलाइवर” in “Dil ki Basti” (1949, Ghulam Mohammed) gives you that feel of a car ride in an open sedan, an ultimate fantasy of a man. “मियाजी चोरी चोरी” from Parda (1949, Sharmaji) is delightful too. In “Aiana” (1944, Fateh Ali Khan) “बालम जी ये क्या जादू डारा” (http://youtu.be/8tGWDHjABMs ) with Gope weaves magic around you. Such light, frothy, fun songs are truly endearing and she sang many of them, but her personal preference, as she revealed in an interview, was for sad or ‘tragedy’ songs. And she did complete justice to such songs as well. Consider these: “बताये कितनी हसरत दिल के वीराने मे है” from film “Naiyya”(1947, Anil Biswas), or that full throated voice from “Mela” (1948, Naushad), “शायद वो जा रहे हैं छुप कर मेरी नज़र से”. 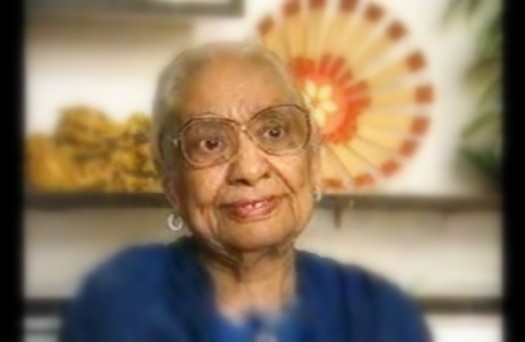 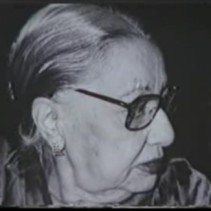 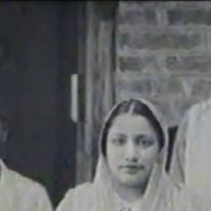 She must have sung some three hundred odd songs, both solo and duets or group songs. I believe there are at least hundred odd songs are there which she sang for dancer daughter Roshan, or at private concerts. My first glimpse of her lip syncing was for Swaran Lata “अखियाँ मिला के जिया भरमा के” in “Rattan” 1944, a tantalizing fantasy for the audience of that time. It is the eternal nature of this song, that made Lata choose this song as her ‘shraddhanjali’ to the senior singer.

When I saw a visual of her face in a snap I was more fascinated. How she would have looked singing for her daughter after she bade goodbye to film music? I had seen Begum Akhtar live. I think she would have looked equally graceful. This private song is a testimony to it, “किस तरह भूलेगा उनका खयाल” (http://www.youtube.com/watch?v=kZI4oeZFYYY).

Shepeaked in the second half of the 40s decade, with more than 50% of her songs coming in just 3 years between 1945 and 1947. There may be difference of opinion about her best. I consider her duet with Raj Kumari in Mahal for Khemchand Prakash as one of her best.

The late 1940s also saw the rise of the second generation of playback singers like Geeta Dutt and Lata Mangeshkar. That the composers of late forties and fifties restricted the use any classical singers for a female lead drew curtains to these wonderful singers of that era. Barring Shamshad who survived till early sixties no other female voice could withstand the onslaught of second generation of singers, especially Lata. Someone before me has compiled a detailed list of her songs. Her rare pictures are elsewhere. I am thankful to them for this documentation. It has helped a dreamer like me to pay my heartfelt tributes to this unique voice singing this “कोयलिया बोले, जिया मेरा डोले”( http://youtu.be/9rBWn09Worw ) 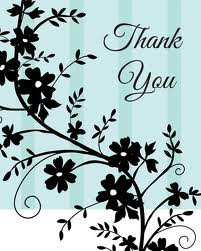 Posted by somecreativevoices on June 6, 2013 in Articles, pictures