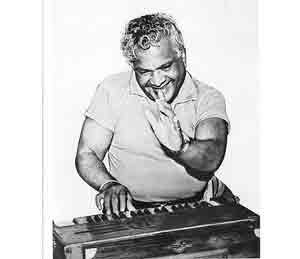 Audio devices were often seen in art films where the filmmakers used them as a good excuse to play a music piece of a legendary artist ..They depicted the protagonists as lovers of music and played music that I feel they ( directors) enjoyed. I am reminded of a sequence in Bhumika where Amrish puri is listening to a Thumri when smita patil walks in. Another sequence is a cute one in Kitaab where Uttam kumar is listening to Pt Ravi shankar when Master Raju walks in..He asks Raju. “Do you know who this is? .This is pt Ravi shankar, the world famous sitarist.”. Immediately sparks go off in Raju’s little brain- “Thats what I should do to get out if this school rut!. learn sitar!..”Ravi shankar ne sitar seekhne ke liye Geography thode hi padha hoga?!” he mumbles, pleased at his reasoning….and there are many more such examples. ..
In other instances filmmakers used audio devices to make songs seem real life..
And then in this sequence in Shaque this Kakaji is shown playing his recorded song to Shabana as he sings along…You can get a glimpse of the recording device at the begining.
https://www.youtube.com/watch?v=e5fHC1hYUPM

Posted by somecreativevoices on December 12, 2014 in info and facts